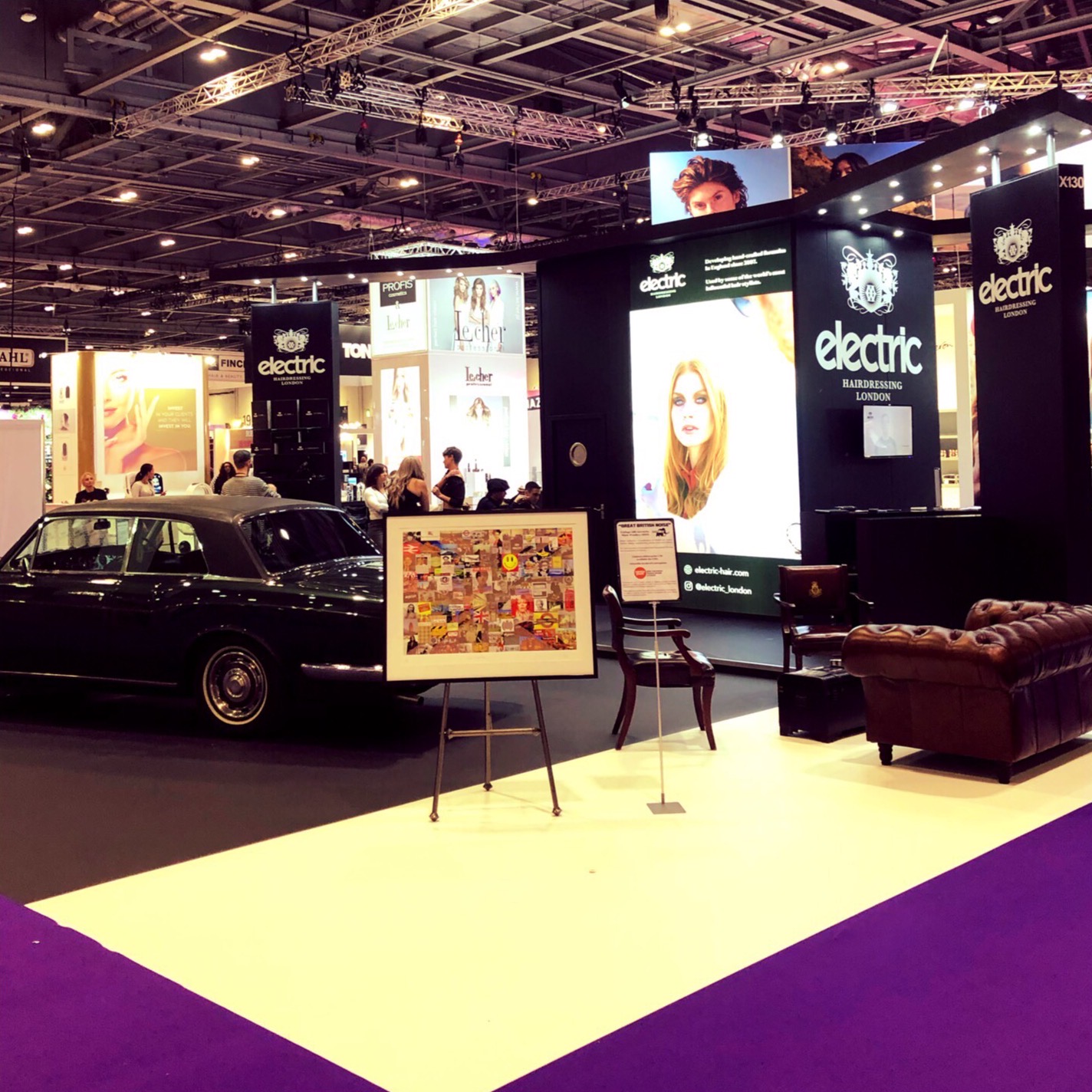 This year at Salon International, Electric went bigger than ever with our largest stand to date. Visitors to the Electric stand were treated to live hair demos from the Electric team and special guests, as well as several exciting launches. But the star of the show was Mark Woolley’s classic 1975 Rolls Royce Corniche, the latest vehicle to grace the our Salon International stand down the years. 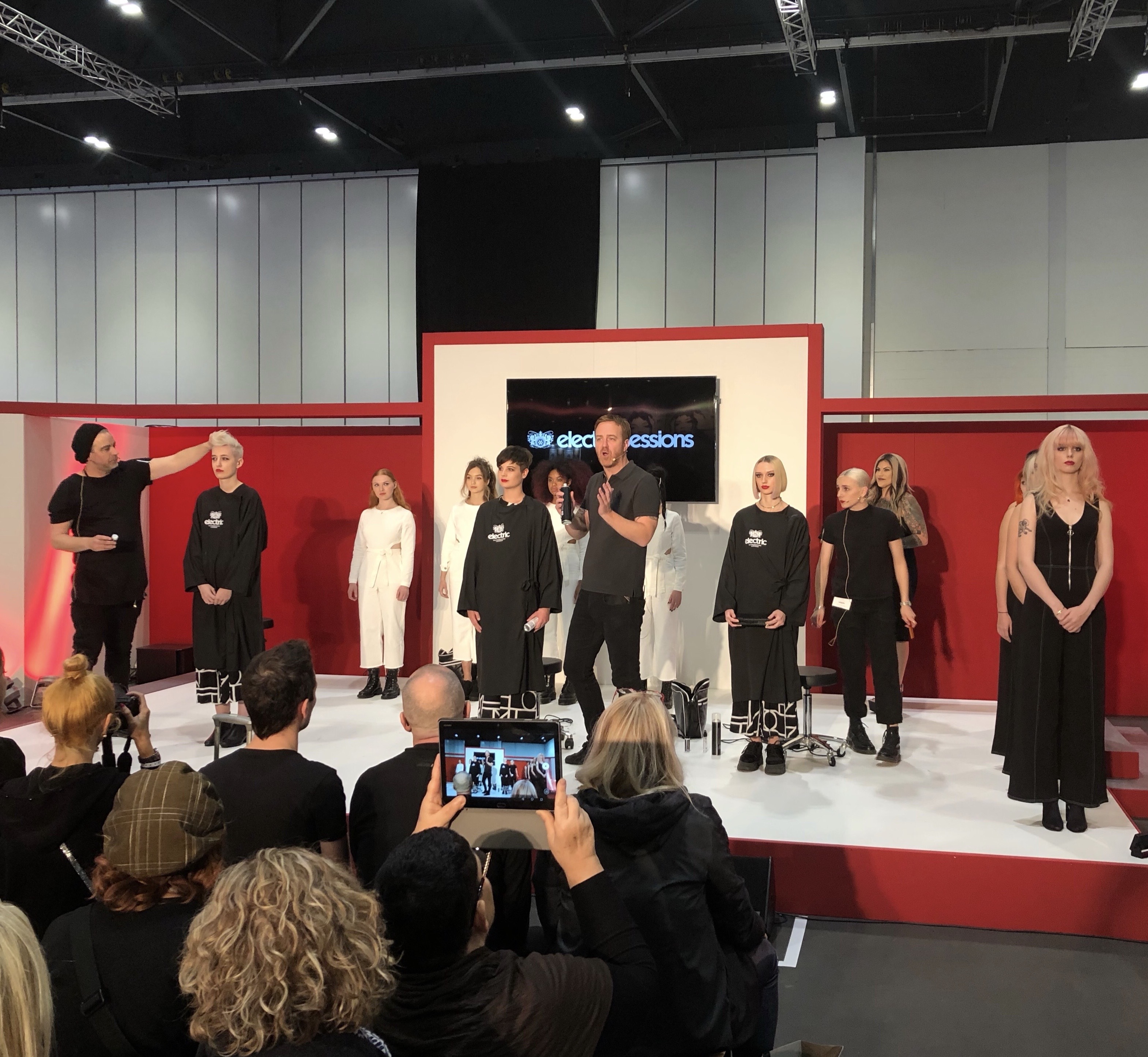 Electric also went bigger than ever with our show on the HJ Stage at Salon International. Electric Founder & Creative Director Mark Woolley was joined by the Electric Art Team, plus special guests including Martin Hillier, from The Lounge Hair Studio in Vancouver, Canada and Julz Coda from Beyond Beauty School in Los Angeles, California. 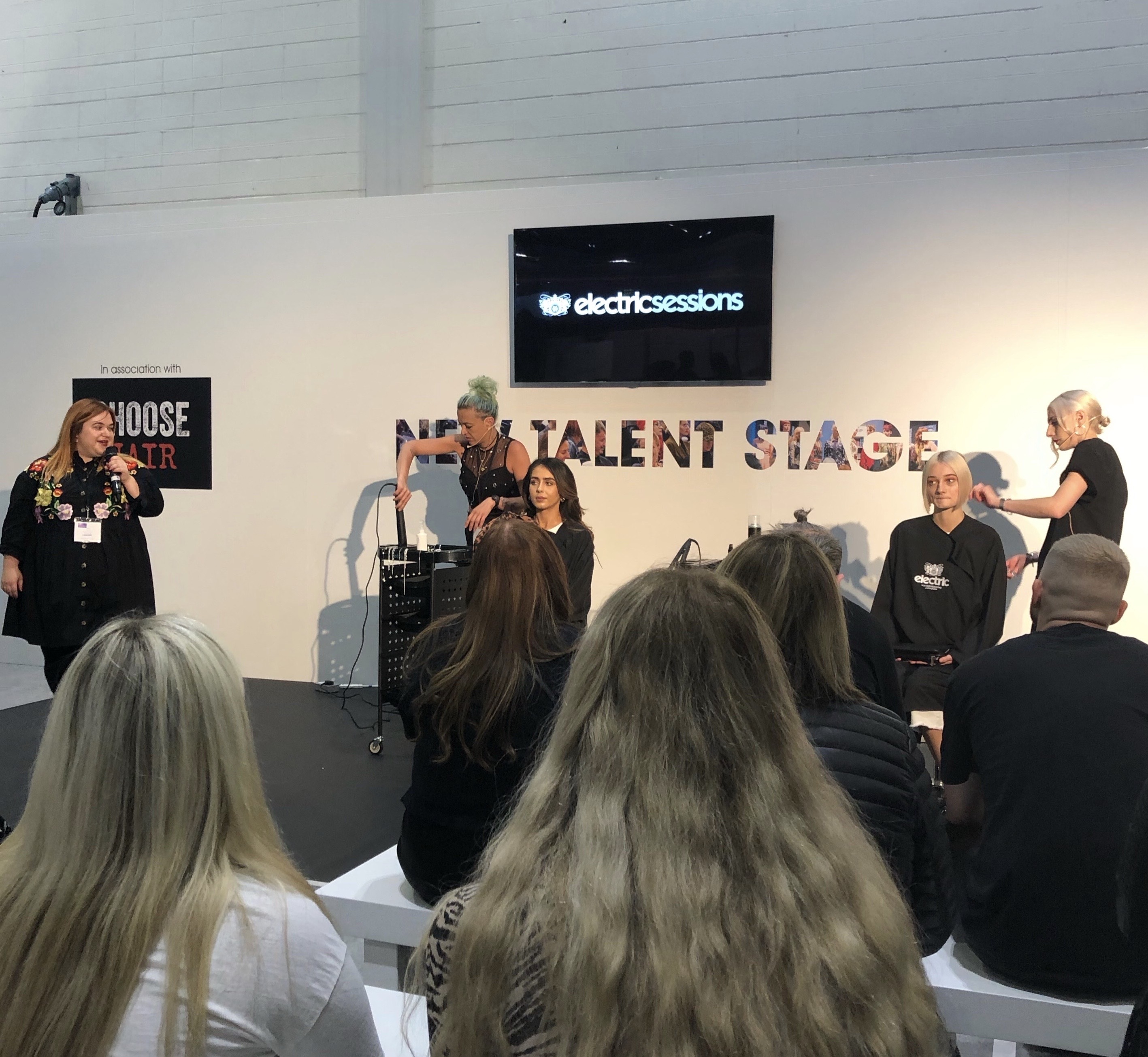 Members of the Electric Art Team also appeared on the Choose Hair New Talent Stage at Salon International. The show was hosted by our Brighton salon’s Claire Finn, while Emma Vickery from our Marylebone Salon, and Lara Tree, from Brighton created on-trend looks bedecked with Kela Hair Jewellery. 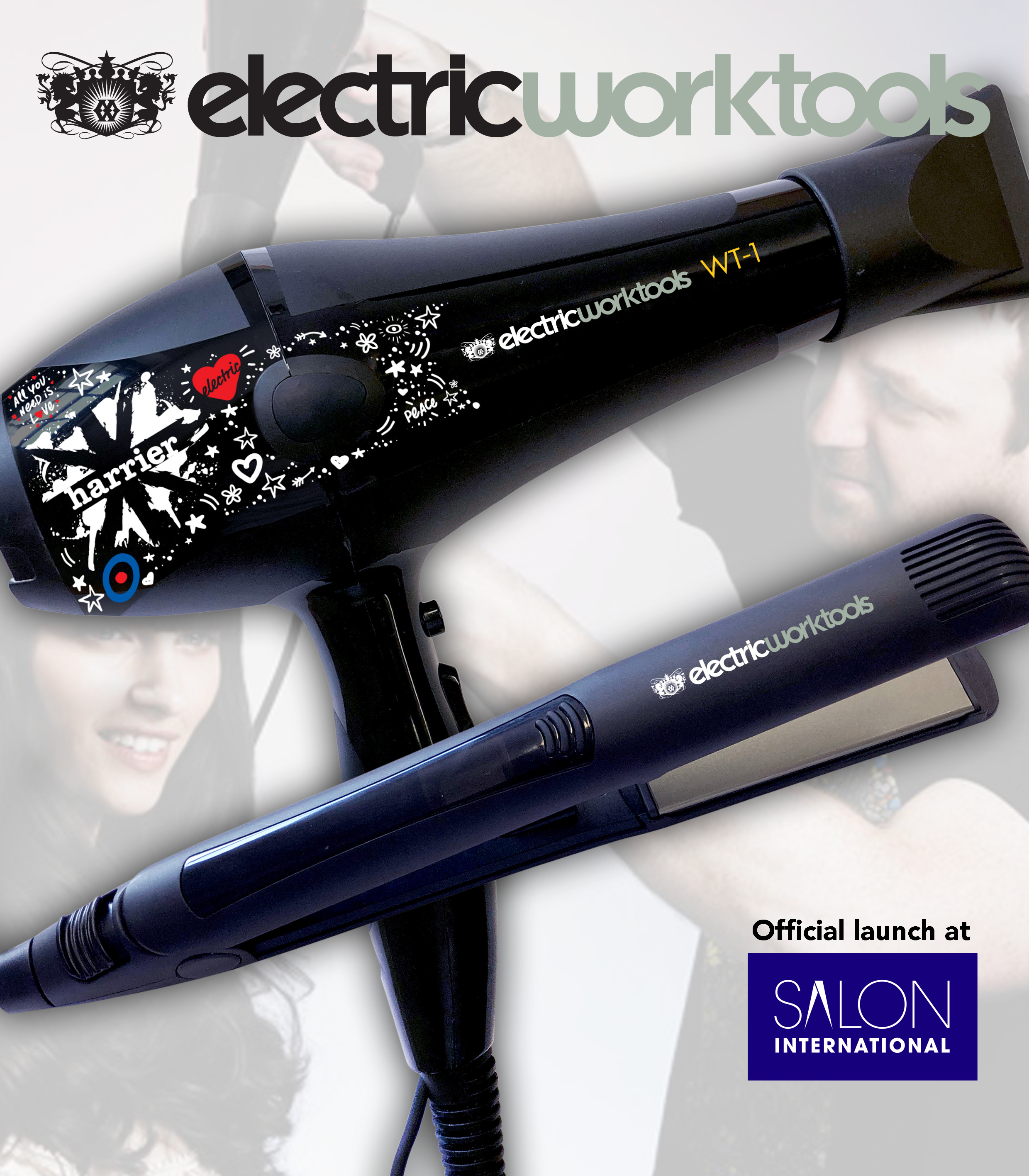 Electric have entered the world of electricals - introducing the Electric Worktools range. Launched at Salon International, the range includes the WT-1 Harrier Hairdryer and the WT-2 Professional Straightening Iron. The Harrier, named after the RAF Jump Jet, has been designed for power and features an eccentric design inspired by British pop art and graffiti. The Straightening Iron provides exceptional temperature control for the versatility needed to create any look. 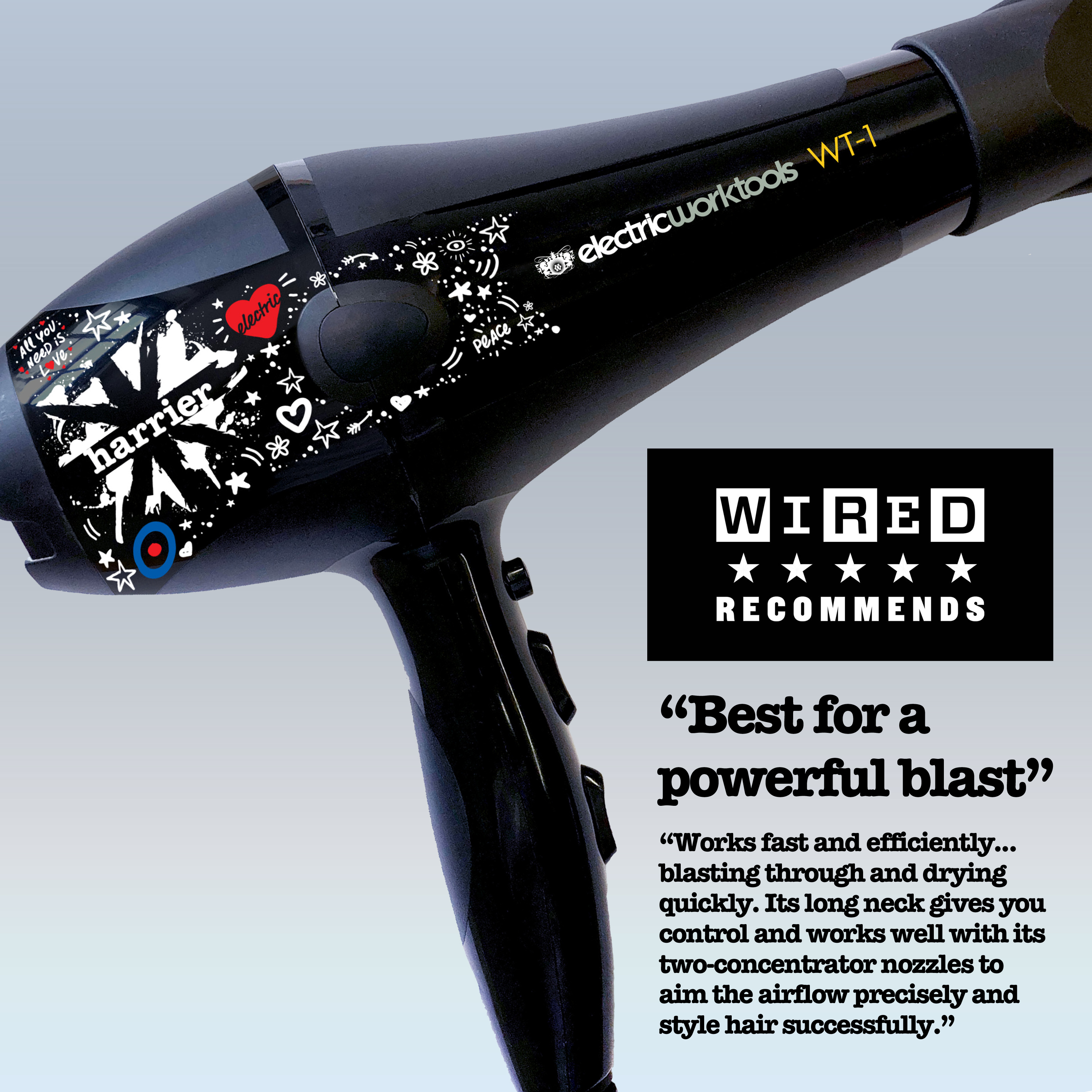 It may have only just launched this month, but the Electric WT-1 Harrier Hair Dryer has been included in Wired’s ‘best hairdryers for any budget’ feature. The global technology and lifestyle magazine described it as the ‘best for a powerful blast’ in their review, which you can read here. Visit the Electric website to read more about the Harrier Hair Dryer. 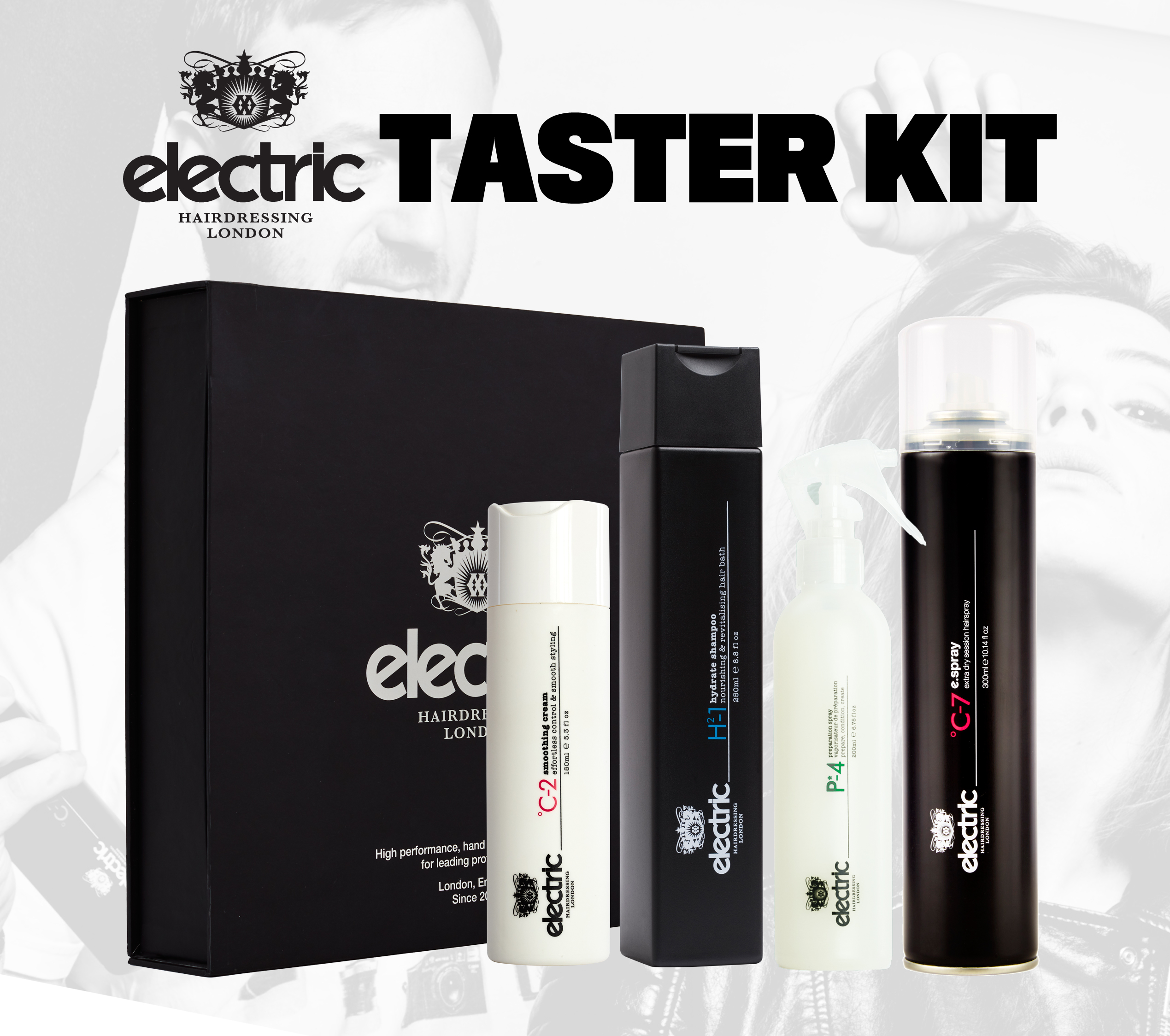 Salon International also saw the launch of the Electric Taster Box, the perfect introduction to the Electric professional product range. The box features 4 of Electric’s best-selling products: the H1 Hydrate Shampoo, C2 Smoothing Cream, C7 e.spray and P*4 Preparation Spray, all packaged in a slick box and available for just £59.99. 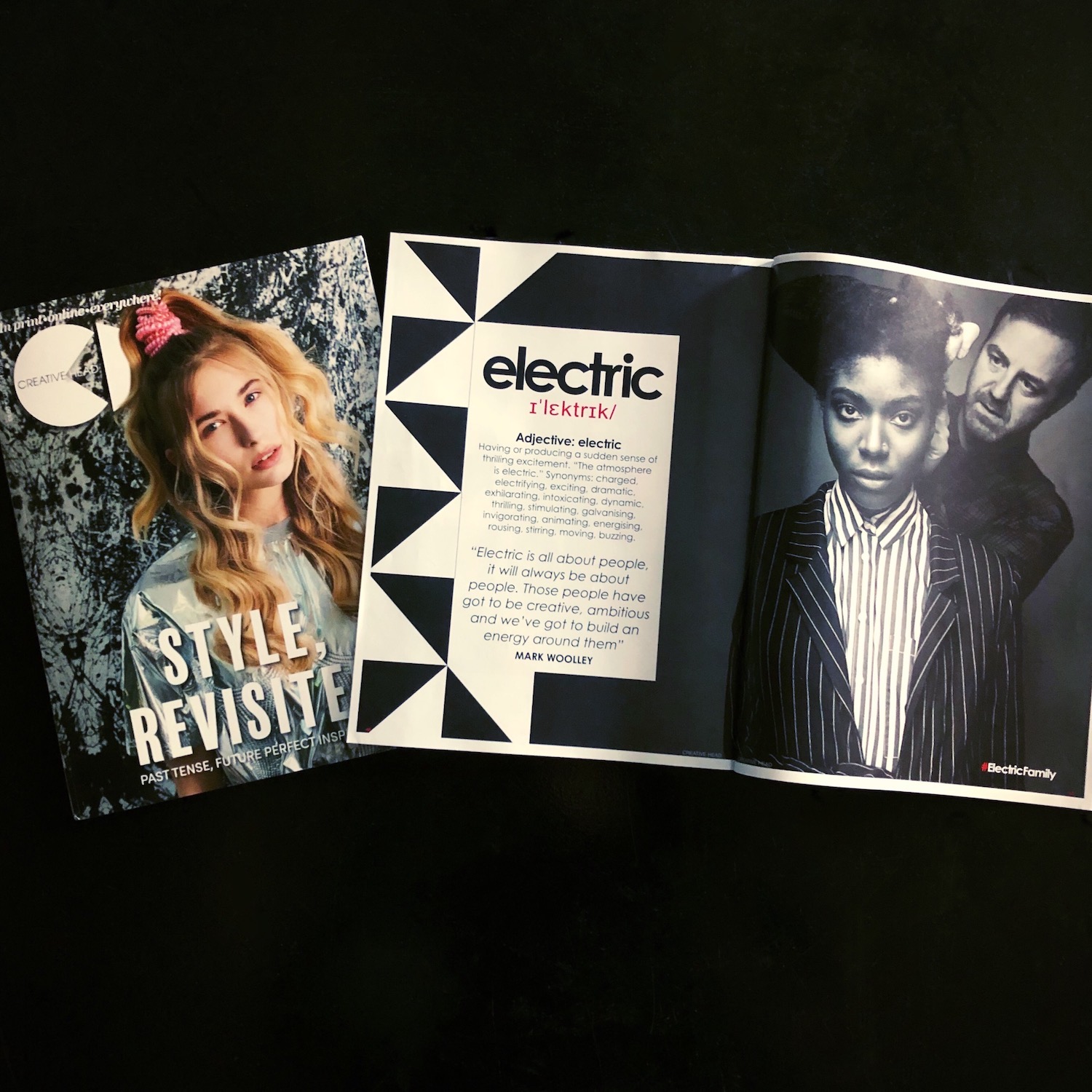 Those who picked up this month’s copy of Creative Head magazine will have seen an 8-page feature covering the exciting world of Electric. It details the origin story of Mark Woolley & Electric, the inspiration behind our branding, the growth of the #ElectricFamily, the Electric Professional Product range, our brand new Worktools, the launch of Electric Endorsed Artists and more. 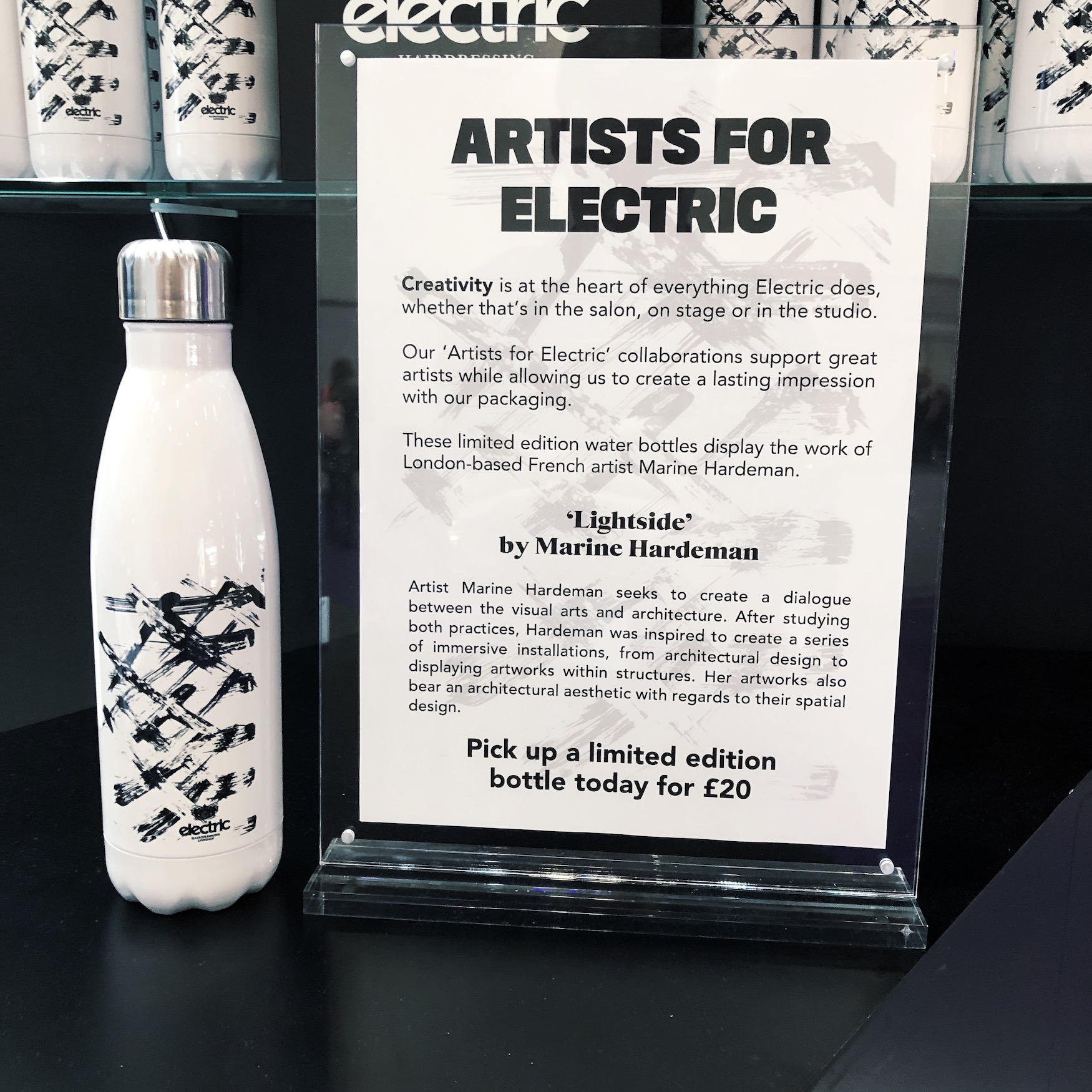 Creativity is at the heart of everything Electric does, whether that’s in the salon, on stage or in the studio. To celebrate this we launched our first ‘Artists of Electric’ collaboration with a limited edition water bottle displaying the work of London-based French artist Marine Hardeman. Stay turned for more artist collaborations coming soon!